Lea Ypi (London School of Economics) - Irregular migration, adverse possession and the justification of the right to exclude 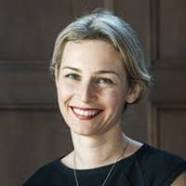 Suppose a gang of Mafiosi manages to fence off a part of common land and by sheer recourse to violence and oppression convinces everyone around them that they have acquired legitimate property. What could justify their descendants’ right to exclude given the tainted origins of first acquisition? One answer is to appeal to the doctrine of ‘adverse possession’ in law. The doctrine is often invoked to claim de facto title on holdings arguing that wrongful occupants of land might nevertheless establish a right to it after a sufficient period of time has elapsed, provided that the property has not been contested.

Adverse possession is often invoked to discuss the rights of irregular migrants to naturalise in countries in which they have entered via illegal channels (thus committing an original wrong). Some authors have suggested that the doctrine of adverse possession only works if it combines a claim to continuous enjoyment of access to land with indifference from others whose rights are violated by such wrongful and unilateral taking of property. In this paper I explore the implications of the doctrine of adverse possession for states’ rights to exclude irregular migrants in light of their tainted history of unjust appropriation of the territories they occupy. I suggest that if the doctrine of adverse possession is insufficient to provide irregular migrants with a justification of the right to settle even after some lapse of time, it also does not justify the territorial rights of states whose claims to jurisdiction and the related right to exclude is built on an analogous (and in fact much worse) form of unilateral occupation of territory. I then review the temporal significance of social membership ties and explore potential objections to this argument.