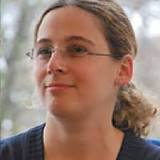 Although the phenomenon of meaning transfer is widely recognised in both philosophy of language and linguistics, it remains substantially under-theorised with many key questions left unanswered. This paper attempts to fill some this theoretical gap.