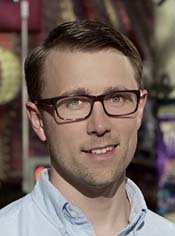 In discussions of the metaphysics and normativity of the emotions, it is commonplace to wheel out examples of (for instance) people who know that rollercoasters aren’t dangerous but who fear them anyway. Such cases are well known to have been troubling for Cognitivists who hold the emotions are (at least in part) judgements or beliefs. But more recently, the very theories that emerged from the failure of Cognitivism (Perceptual theories and other Neo-Cognitivist approaches) have been argued to face trouble as well. Whereas Cognitivism predicts an untenable irrationality (contradictory beliefs), Neo-Cognitivism predicts that there is nothing wrong with cases of recalcitrance (nothing worse than believing the Müller-Lyer lines are the same in length despite appearing different). But there is something wrong - one should not be afraid of the rollercoaster deemed safe. So many theories appear to be threatened by recalcitrant emotions and there has been a call to find a way of making sense of “conflict without contradiction”. One gets the sense that the theory that can accomplish this will win a crucial point over its competitors. In the present paper I offer a new approach to making sense of the normative tension to which recalcitrant emotions give rise. Interestingly, the approach is one that can be adopted by anyone willing to grant that emotions are themselves governed by norms. As a result, there is not only a new story to be told about the normative tension, but recalcitrant emotions are shown to not be the theory-choosing data point they are portrayed as being.