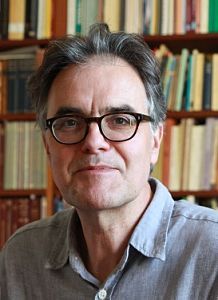 That the various realms of the Buddhist cosmos correspond to and are in some sense reflections of various states of consciousness is well known. What is less well known is the manner in which Indian Buddhist thought as found in the Abhidharma traditions of the Theravāda and Sarvāstivāda schools articulates the nature of the relationship between the internal world of the mind and the external world of the cosmos. According to these schools consciousness is active in the construction of the world we experience, both by way of producing the results of karma that determine the objects of awareness and by way of conceptually determining those objects in the moment of perception. Thus despite the fact that, in contrast to the "idealist" Yogācārins, these two Buddhist schools are often characterised as "realist" with regard to the external world,, they nonetheless give the primary role in the construction of the external world to the mind.

Rupert Gethin is Professor of Buddhist Studies at the University of Bristol and President of the Pali Text Society. His books include Sayings of the Buddha: A Selection of Suttas from the Pali Nikāyas (2008), The Foundations of Buddhism (1998), and The Buddhist Path to Awakening (1992). He has a particular interest in early Indian Buddhist literature and Indian Buddhist systematic accounts of the mind and meditation. He is currently working on a book provisionally titled 'Mapping the Buddha’s Mind: a study of Indian Buddhist systematic thought in the Abhidharma of the Theravāda, Sarvāstivāda, and Yogācāra traditions’.

The lecture is open to the public and free of charge but email registrAtion is REQUESTED.